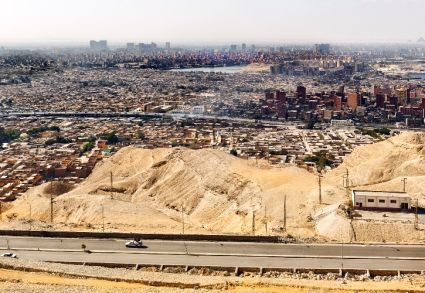 The construction of low-cost houses can boost an economy. Kenya is (also) focusing on its real estate market to support its GDP growth in 2018, with Nairobi planning to invest USD 20 bn to build one million affordable housing units by 2022. The Kenyan Ministry of Infrastructure, Housing and Urban Development has launched a plan to tackle the shortage of accommodation and published a request for expressions of interest from international and domestic companies to construct, low-cost housing units (mainly prefabricated).

The submission period closed on 30 October 2017, with the ministry announcing that: “We received expressions of interest from over 60 companies that have already carried out similar projects in other parts of the world, and we will assign the contract at the end of the tender”. It is envisaged that housing units cost will approx. USD 20,000 each and will be built in peri-urban areas. For two years now, since the introduction of the Finance Act in 2016, Kenya has been trying to incentivise developers, including by halving the corporate tax rate for companies that commit to building at least 400 social housing units annually.

According to data released by the Ministry of Infrastructure, Kenya currently has a housing deficit of at least 1.85 m houses, primarily due to the rapid urbanisation underway.

Incentivising the construction of social housing units could help support the country’s economy, which has slowed down due to weak credit growth, drought and rising global oil prices. According to a World Bank report published last year, Kenya can provide many of its citizens with affordable housing, and this will create new stimuli to boost economic growth, at both national and local level. Based on an analysis of the real estate market, and in light of the Vision 2030 Strategy, Kenya needs to provide an additional 200,000 housing units annually for all income groups. However, less than 50,000 are currently being constructed annually (well below the target figure), which translates into a housing deficit of over two million units. In fact,  61% of urban families live in slums. The deficit continues to increase due to constraints on both the demand and supply side and is aggravated by an urbanisation rate of 4.4%: half a million people move to the cities every year.

A memorandum issued by the Ministry of the Treasury at the end of last year sets out four priority areas for Kenya’s development initiatives that will receive public funding over the next five years. Known as the “Big Four Plan”, the priority areas are: food and nutrition security, affordable housing, universal healthcare and manufacturing. Housing has become a key issue because it is at the centre of the current global economic crisis, as highlighted by the United Nations at last year’s World Habitat Day on 2 October.